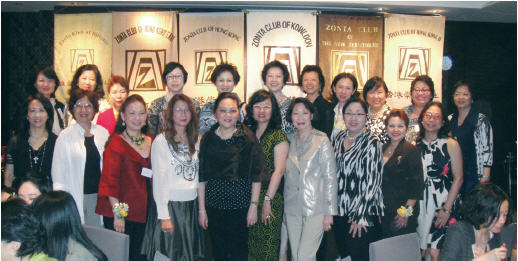 Area Training in Hong Kong
Eleven members attended the Area Training and Meeting held at L’Hotel Island South on 18 September 2010. Led by District Governor Georgitta Puyat, the training was conducted by eight District Board Members. The theme “Women Empowering Women: Refocusing on Zonta’s Core Mission” was discussed and the biennium goals “T.E.A.M. S.H.I.N.E.” were explained. The day was concluded with a fellowship dinner with singing performances and lucky draws.

Area Meeting in Singapore
Ten members attended the 2nd Area Meeting held at the Singapore Council of Women’s Organizations Centre on 12 March 2011. Ms Ellen Lee, a member of the Singapore Parliament, delivered the keynote address. Speakers for the panel discussions were Dr. Christopher Cheok, who talked on the “Psychological Effects of Media on Teenagers”, and Mr. Edwin Tan, on the “Effects of a Dysfunctional Family Environment”. For the second session, four Hong Kong club presidents shared how their respective clubs are providing assistance to the Marycove Center operated by Sisters of the Good Shepherd for 12-16 year-old girls who are facing family, personal behaviour or emotional adjustment problems. President Margaret Chan presented the Helix Project sponsored by our Club. To cap the meeting, everyone proceeded to the Nabins for an Arabian Nightsinspired fellowship dinner.

Area Meeting in Hong Kong
Fourteen members attended the 3rd Area Meeting on 11 February 2012 at The Chinese General Chamber of Commerce. Induction of New Zontians, including Viola Man of our Club, was also held at the meeting. Following the ceremony was a forum on “Family Harmony” with The Honourable Ms Miriam Lau as the moderator. Speakers of the forum were Ms Margaret Wong, Ms Sylvia Siu and Ms Maggie Chan. After the forum, each of the Club Presidents gave a brief report of their respective club. In the evening, everyone enjoyed a fellowship dinner with Karaoke and lucky draws.

The Forum began with a welcoming speech by Margaret Chan, the President of Zonta NT. Zontian Elizabeth Law, the Mistress of Ceremony, then invited Mr. Matthew Cheung, GBS, JP, and Secretary for Labour and Welfare, to deliver the keynote speech. It was followed by a discussion panel’s sharing. Zontian Christine Fang, Chief Executive of the Hong Kong Council of Social service, was the moderator. The panel speakers were Ms. Margaret Wong, Assistant Community Secretary (Youth and Family) for the Tung Wah Group of Hospitals, previous director of “Harmony House” and Dr. Jessica Ho, Director of Against Child Abuse Ltd.

Mr. Cheung presented the situation in Hong Kong, work being done by the Government, including the cross department action plans, and the prevention measures against domestic violence. He also suggested actions that organizations like Zonta should take.

Ms. Wong and Dr. Ho shared with Zontians the work done by NGOs, highlighting the importance of preventive education and public awareness, building, identifying high risks groups, and where to seek professional help.

Many Zontians participated and expressed their views enthusiastically. The forum was successfully held. 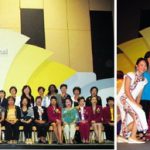 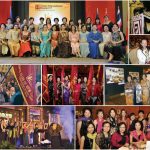