The 11th Zonta International District 17 Conference In keeping with the True Xontian Spirit, 7 Zontians from out Club despite their tight working schedules attended the 11th Zonta International District 17 Conference held at Bangkok, Thailand from 19 – 21 October 2001. In addition to partaking in the business of the Conference, club members made full use of the opportunity to build friendships with sister Zontians from other clubs in Hong Kong and in the District.

The National Costume of China Ethnic Minority Group Show performed by the Hong Kong delegates on the Closing Banquet of the Conference received tremendous applause form the audience.

We were also proud that one of our social service projects, the 24-hour Telephone Information System for the Shek Kip Mei Blind Centre was selected for Merit Award in the District 17 Service Awards out of the 137 submissions. 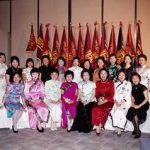 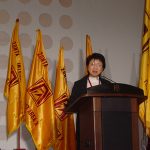