Our Z Club of Sacred Heart Canossian College has been very active during the biennium 2012 – 2014 with thirteen activities being held during the two academic school years. These activities range from simple community services showing their love and care for the elderly by paying visits to nursing homes to participation in seminars involving environmental issues by joining in the Z Carbon Pioneer programme as well as women in public and political life forum. Several career talks given by Zontians were held at school and mentoring programs such as job shadowing were organized for twenty-one F.5 Z girls during Easter which involves not only Zontians’ participation but also some of their firms and colleagues. Bonding between our two clubs has strengthened as a result of all these activities. 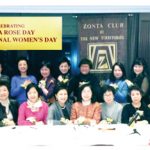 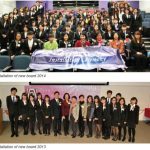