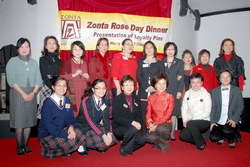 In November 2006, a mentorship programme for the Golden Z Club was planned. Zontians were enthusiastic in signing up as mentors. As a result, each of the twenty-nine Golden Z mentees was matched with a mentor. Two of the mentees attended our speaker dinner by Mr Gilbert Mo on “Water Crisis in China”.

We sponsored 4 Golden Z and Z members to attend the Zonta International District 17 Area 2 meeting on “The Ways Towards a Smarter Zontian” held at the World Trade Centre on 11 March 2007. Upon our invitation, two Z members attended the Zonta Rose Day dinner at the Police Club on 7 March, 2008. 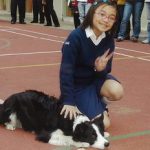