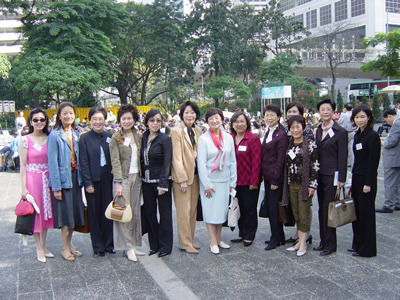 We have supported two major environmental projects this biennium.

To enhance pre-school children’s understanding of the importance of conserving resources and the concepts of waste reduction, separation and recycling, the Environmental Campaign Committee (ECC), Education Department (ED) (merged with the Education and Manpower Bureau since 1 January 2003) and Environmental Protection Department (EPD) have co-organized the “Waste Separation Scheme in Pre-schools”. Our club has provided a sponsorship of $150,000 to the Scheme to produce waste separation bin models for all pre-schools to teach students about waste reduction, separation and recycling. These bin models were delivered to schools in early 2003. They are well liked by pre-school teachers, as they are very useful tools for demonstration and teaching about waste separation.

The Z-Clubs Environmental Protection Ambassador Scheme was first launched in 1999, with the purpose to:
l Promote environmental awareness of youth members of the Z-club;
l Encourage Z-club members to take part in environmental protection activities; and
l Promote a sustainable and healthy living environment to the public.

The Z-Clubs Environmental Protection Ambassador Scheme 2003/04 started in June 2003, and the project completed in March 2004.

Each participant attended two workshops, and carried out visits to Mai Po Nature Reserve in December 2003. The participants then submitted their site visit reports and were awarded with the honour of Environmental Protection Ambassadors. 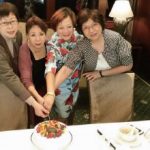