The end of 2008 saw an addition of a Z Club. This brings the number of Z Clubs under our Club’s umbrella to two, namely the Sacred Heart Canossian College Z Club and the TWH Yau Tze Tin Secondary School Z Club.

Shortly after its installation cermemony held on 21 December 2008, the Sacred Heart Canossian College Z Club sprang to action. On 21 Janaury 2009, Z Club members together with their schoolmates, totalling 40, paid a visit to the Asia Women’s League Limited Ho Leung Kit Ting Social Centre for the Elderly. They staged a wide variety of performances including singing, Chinese and Western instrumental playing, speech as well as percussion, bringing joy and laughters to the elderly.

On 28 February 2009, Zontians and members of the two Z Clubs joined hands in a service project by acting as escorts to some new immigrants and under-privileged children in a visit to the Ma Wan Park Noah’s Ark. It proved to be truly a memorable experience to the Z Club members becasue of the huge number of participants invovled.

Apart from service projects, the two Z Club members took part in a mock Legislative Council (LegCo) debate organised for all the Z Club members in Hong Kong on 18 April 2009. They were also given opportunities to tour around the LegCo building and attend a sharing session on the work of the LegCo by Ms Pauline Ng, Secretary General of LegCo. Through the mock debate, Z Club members learn more about the functions of the LegoCo as well as the legislative process in Hong Kong. Due to the positive feedback received, we organised another mock LegCo debate for Z Club members on 17 April 2010.

With the help of the Student Affairs Office of the Chinese University of Hong Kong (CUHK), and through the unrelenting hard work of the Committee and a few undergraduates of the university, the CUHK Golden Z Club which has been dormant for a few years has successfully applied for re-registration with the University Student Union. The incoming Executive Committe of the Golden Z Club was installed on 20 May 2010. 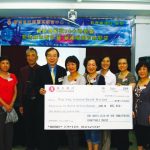